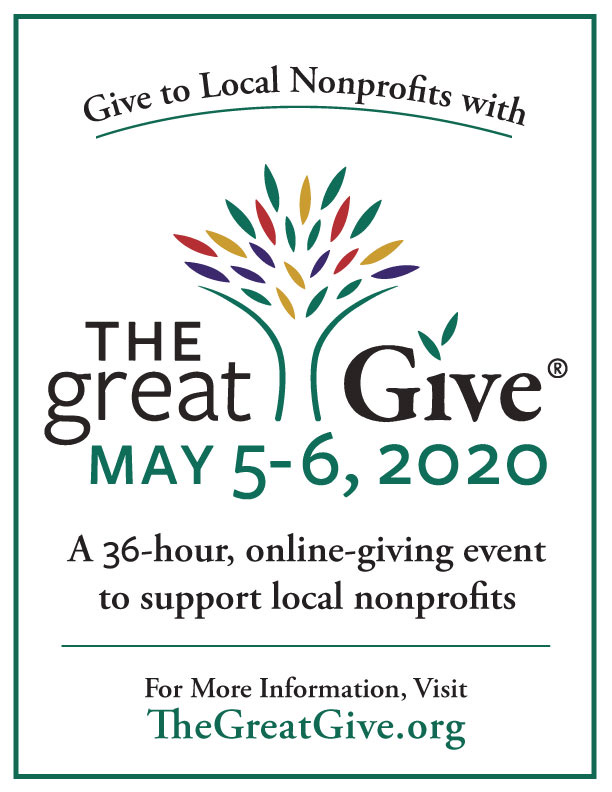 The Greater New Haven NAACP is a 501(c) 3 nonprofit organization striving to secure the political, educational, social, and economic equality of rights in order to eliminate race-based discrimination and ensure the health and well-being of all persons. It was granted its charter to become a NAACP branch office in 1917. The Greater New Haven Branch has worked in alignment with the vision, mission, goals, and objectives of the national organization for more than 90 years. It has become the largest branch office in New England and, besides New Haven, it serves the towns of Bethany, Branford, Cheshire, East Haven, Guilford, Hamden, Madison, Milford, North Branford, North Haven, Orange, West Haven, and Woodbridge.

The branch has three (3) key programs: Health & Wellness Expo, Economic Summit, and NAACP Scholarships for graduating seniors in the Greater New Haven area. Our Annual Health & Wellness Expos are in collaboration with community partners aiming to provide health screenings and medical information, Zumba, yoga, and more to our communities most vulnerable. The Economic Summits are centered on promoting and supporting small business and education on homeownership, investment and finding employment.  The academic scholarships are geared to graduating seniors in the Greater New Haven area who have demonstrated academic excellence, community service, and leadership. With every program, we continue to focus on voter registration and voter education in the community as well. 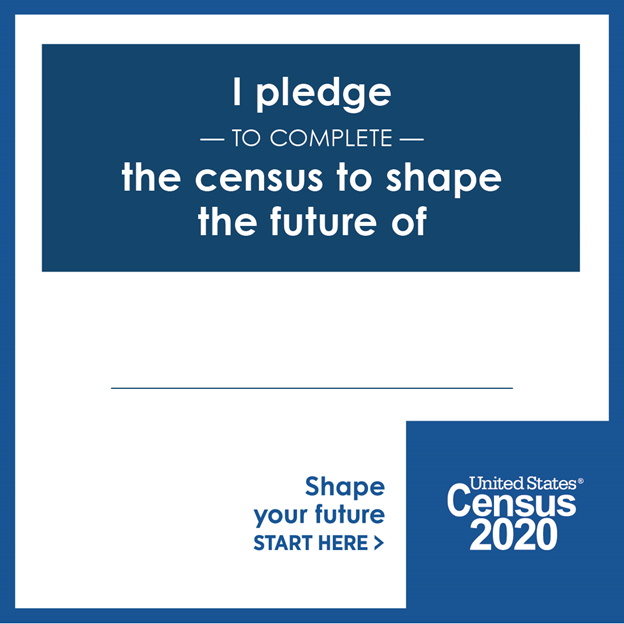 May 1-3, 2020 is 2020 Census Digital Census Weekend. This is an opportunity to join the effort, to do our part and promote the census on all social media platforms (e.g. Facebook, Instagram, Twitter and etc).  On every post, please:

➔ Use the official campaign hashtags: #2020Census and #ShapeYourFuture

➔ Link to 2020Census.gov so your followers can learn more and complete the census online

May 1, 2020:
You can inspire others to take a pledge - with your friends, family, neighbors, and co-workers- to complete the census and respond now.
May 2, 2020:
For day two, tag 3 friends and CHALLENGE them to complete the census. Use the 2 attachments named Census Square- I challenge you  (suitable for posts on your feed). There are English and Spanish versions.
As an example, for Instagram stories, post the challenge to your story and tag the friends (at least 3) you are challenging. Then, post a second slate with the blank challenge/pledge so friends can easily share the graphic from there !
Sample: The #2020Census informs hundreds of billions in funding for things like education and health programs hat communities need? I pledge to complete the 2020 Census, and I am challenging [@ your friends] to do the same.
May 3, 2020:
MAKE A VIDEO
Create and post a video or PSA (Public Service Announcement) by using a sample video script below.
10 second video scripts
1. When you respond to the 2020 Census, you help to ensure that your community receives the funding for healthcare that it deserves.  You can do it online, by phone, or by mail. Respond today at 2020Census.gov.
2. In our country, everyone counts- no matter who you are, how you worship, or whom you love. The 2020 Census is how this great American promise is kept. Respond today at 2020Census.gov
15 second video scripts
1. The COVID-19 pandemic underscores the importance of census data and responding to the 2020 Census. Respond today at 2020Census.gov and make sure your family, friends, and neighbors do too! It's safe, easy and important.
2. Spend a few minutes online today to impact the next 10 years of funding on healthcare, infrastructure, and education. We all see how important these are today. Your community needs your help. It's essential that everyone gets counted, including young children.Please go to 2020Census.gov and respond today to make America's tomorrow brighter.
30 second video scripts
1. The COVID-19 pandemic underscores the importance of responding to the 2020 Census and the importance of census date. That's because your response helps shape decisions about how billions of dollars in federal funds flow into communities each year for the next 10 years for critical services like health care clinics, hospitals, and emergency services (e.g. EMTs and fire departments). Emergency situations like COVID-19 illustrate just how important it is to respond to the census. Please go to 2020Census.gov today!
2. Getting an accurate count of everyone who lives in the Unites States is so important, especially right now! The census helps inform how billions of dollars in federal funds are spent every year for services that are critical to all of us, including hospitals, health clinics and emergency responses like EMTs and fire departments. Today, we all see how important services are so please respond at 2020Census.gov as soon as you can! 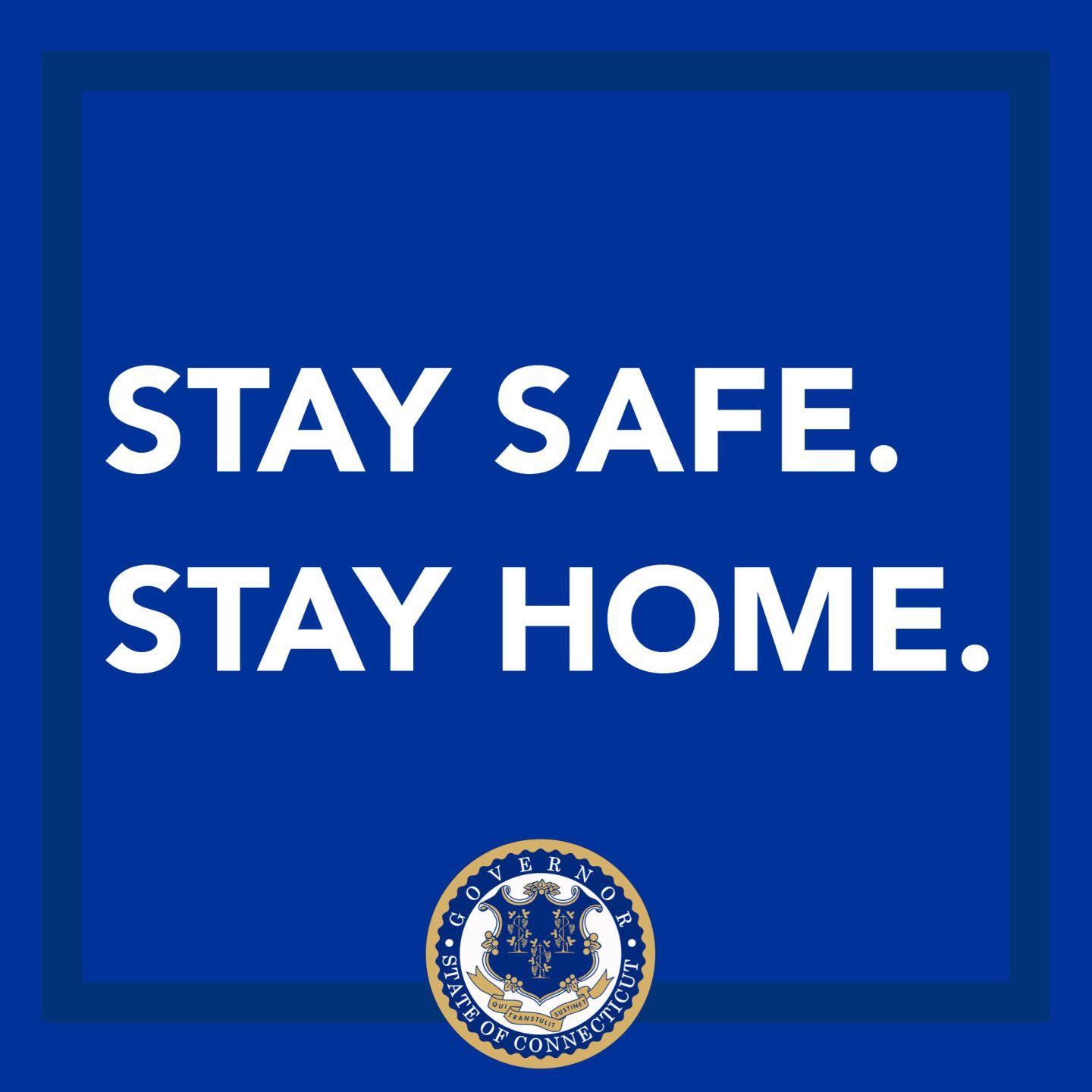 In the midst of the pandemic, its important to social distance as much as possible. It is imperative to distance until the numbers of cases and deaths go down.

The governor is calling this his “Stay Safe, Stay Home” initiative. The plan recommends that state residents do the following:

Here is the latest on Hospitalization in CT: (These numbers are subject to change. For updates, visit Governor Ned Lamont's Twitter and Facebook). 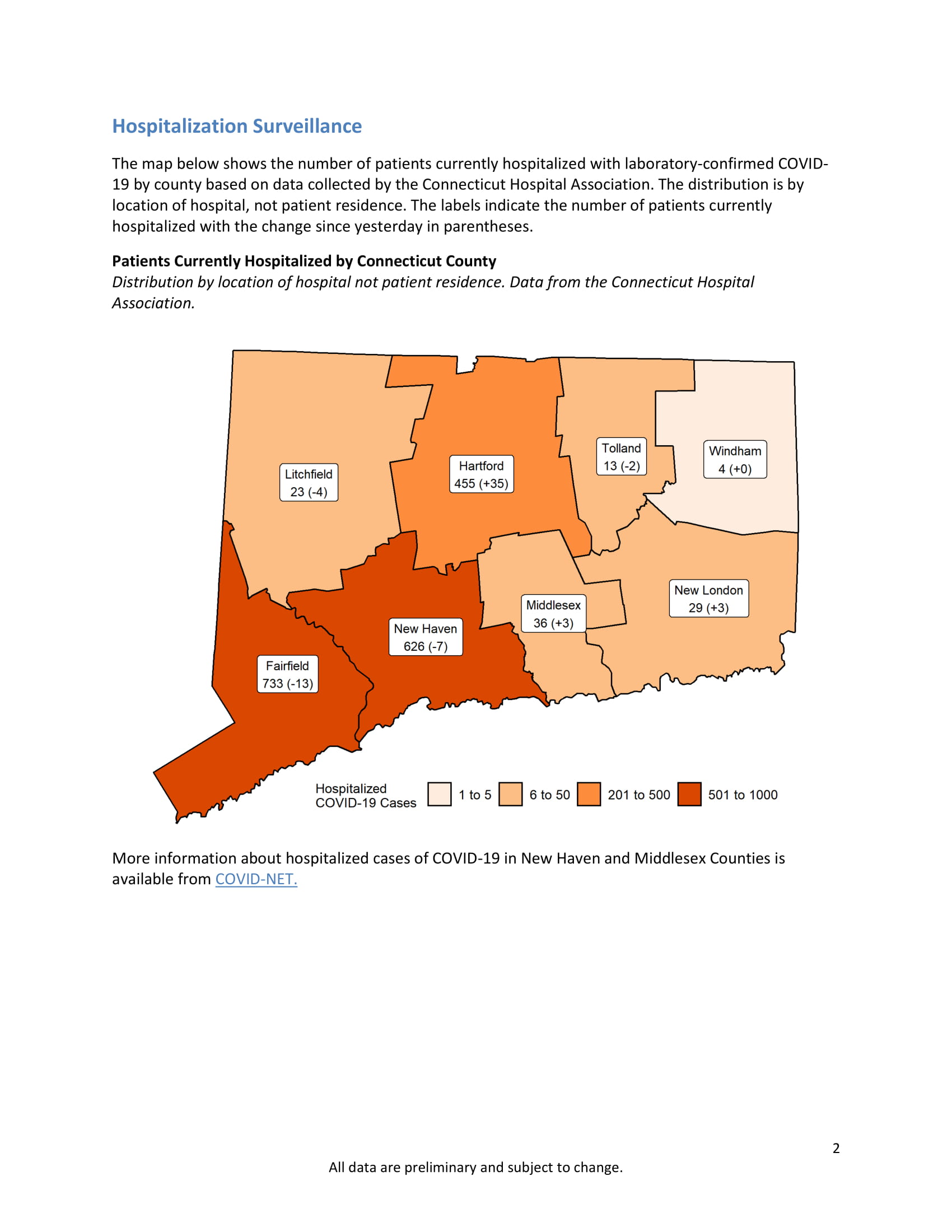 There is a lot of confusion on what we can or cannot do: 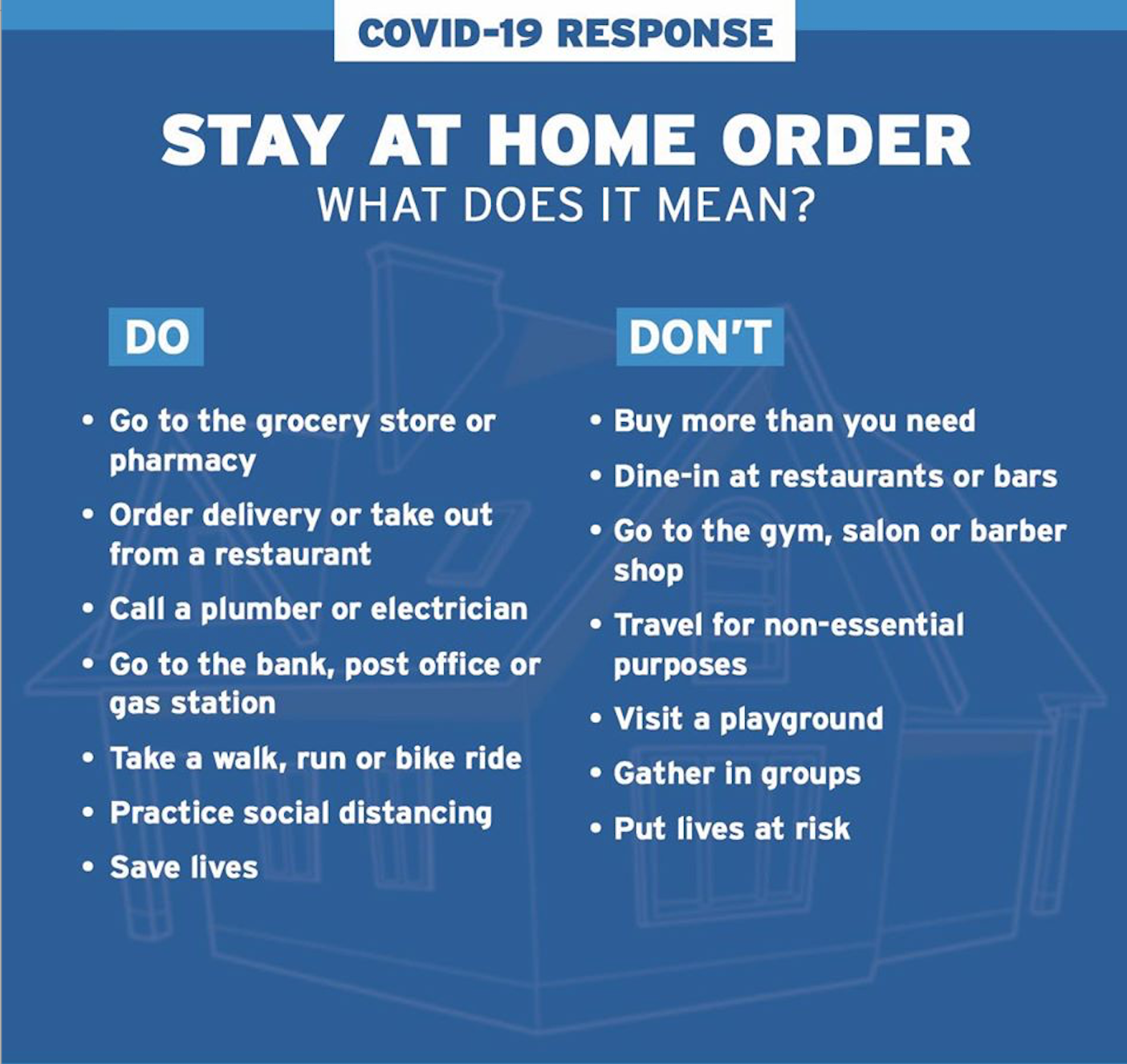 We hope you can join us this week Thursday, April 23 at 5 PM for an important conversation on COVID-19 and the impact on the Greater New Haven Community - Virtual Town Hall. Register today: bit.ly/NHCOVID19

Learn more about the Coronavirus (COVID-19) and help address the crisis in communities of color. Tune in to hear about life-saving information: safety, hot spots, mental health, testing, and advocacy

DUE TO COVID-19, PLEASE STAY TUNED FOR UPDATES REGARDING OUR ANNUAL FREEDOM FUND DINNER DATE

Tickets for our annual Freedom Fund Dinner are now available on Eventbrite: 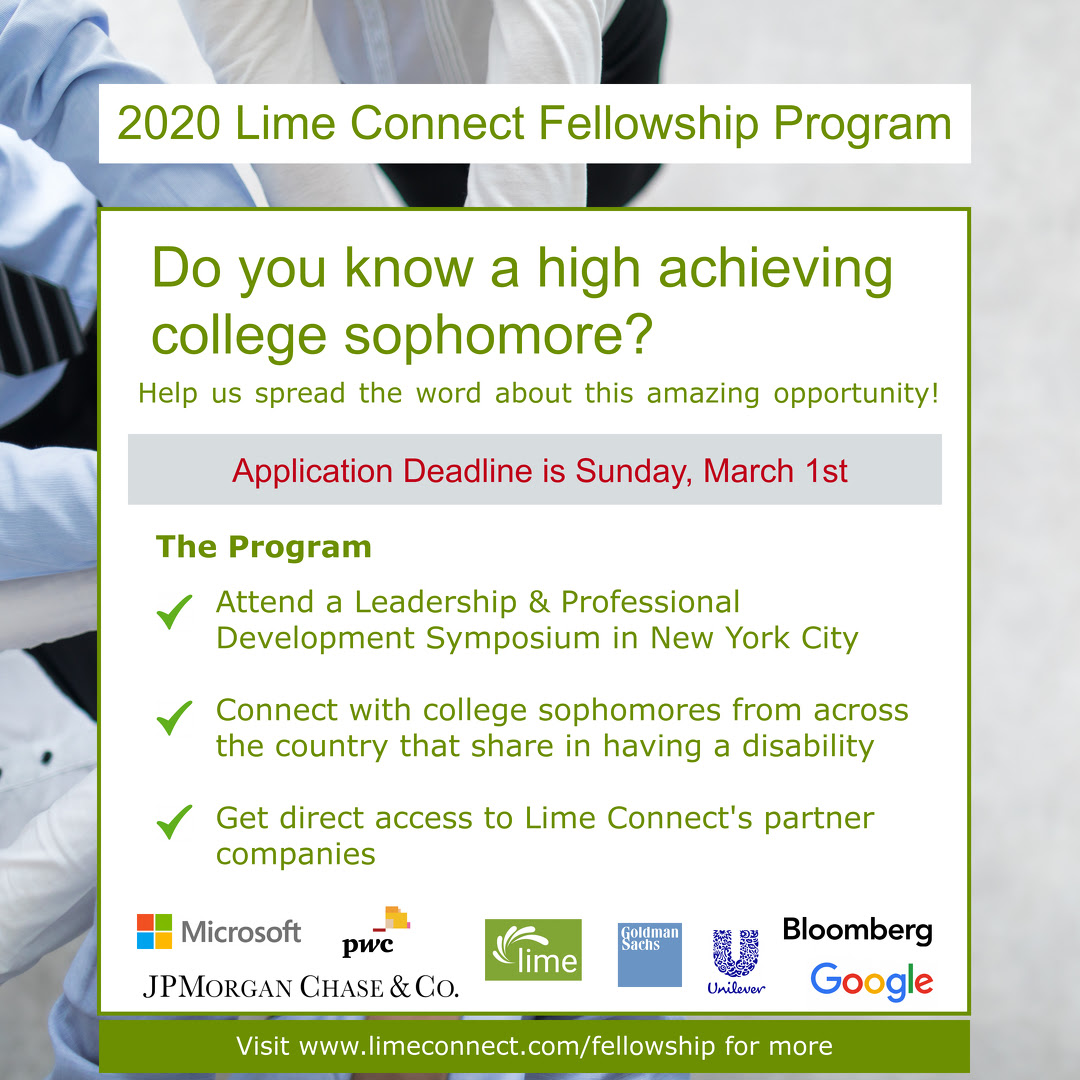 The Lime Connect Fellowship Program For Students with Disabilities is our flagship program in the U.S. designed for highly accomplished rising university juniors.

This prestigious program kicks off with a trip to our Leadership & Development Symposium in New York City this summer for professional development training, access to our U.S. corporate partners and potential Summer 2021 internships. Upon completion of the program, Fellows will join the lifelong experience of the Lime Connect Fellows community, where they will receive ongoing support and mentoring, continued professional development, community, and networking opportunities throughout their careers. Learn about the experience from current Fellows: Emeline, Jim, Tyler.

Suppressed: The Fight to Vote 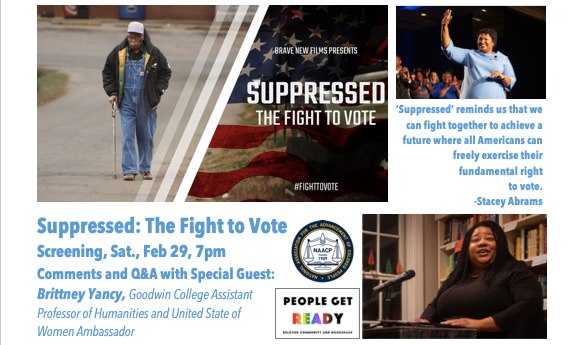 People Get Ready and the Greater New Haven NAACP are proud to co-sponsor a screening of Suppressed: The Fight to Vote, a new documentary about voter suppression across the state of Georgia during the 2018 midterm election where Stacey Abrams fought to become the first Black female governor in the U.S.

Don't miss what promises to be an important, engaging event where Brittney will help audience members draw connections between the film's important content and our shared local context here in Connecticut. This event will be held at People Get Ready: 119 Whalley Avenue, New Haven, CT.

Suppressed: The Fight to Vote, the new documentary by Robert Greenwald (Director of Outfoxed, Walmart: The High Cost of Low Price, and Making A Killing: Guns, Greed, & the NRA) weaves together personal stories from voters across the state of Georgia to paint an undeniable picture of voter suppression in the 2018 midterm election where Stacey Abrams fought to become the first Black female governor in the U.S. The issues Georgians faced included polling place closures, voter purges, missing absentee ballots, extreme wait times and a host of voter ID issues – all of which disproportionately prevented many students and people of color from casting their ballots. Suppressed: The Fight to Vote features experts, poll watchers and everyday Georgians speaking to the reality of voter suppression and the threat it poses in 2020. In a race that was ultimately decided by 54,723 votes, the film exposes that the basic constitutional right to vote continues to be under siege in America

Brittney Yancy is an Assistant Professor of Humanities and Special Collections Curriculum Coordinator at Goodwin College and doctoral candidate in U.S. History at the University of Connecticut. Professor Yancy’s research interests focus on 20th century social movements, black radicalism, critical race theory, women’s activism, and black women’s political and intellectual history. Her publications include a book chapter in Latino America: State-By-State (Greenwood Press, 2008), entries in the Encyclopedia for African American History (Oxford University Press, 2009) and entries in The World of Jim Crow Encyclopedia (forthcoming Greenwood Press, 2019). In addition, she has published a book review of Forging Freedoms: Black and The Pursuit of Liberty in Antebellum Charleston by Amita Myers in the Southern Historian Journal (2013). Her research has been supported by the National Endowment for the Humanities, Harvard University’s Schlesinger Library Grant, Andrew W. Mellow Foundation, Social Science Research Council, and National Council of Black Studies. Her honors include being selected as one of the 2017 100 Women of Color in Hartford, UCONN Women of Color Award, and a host of awards from the National Council of Black Studies and the University of Connecticut. She belongs to several professional organizations, including National Council of Black Studies and the Association for the Study of African American History and Culture.

Professor Yancy is an intersectional scholar-activist and committed to fighting for a gender inclusive movement for racial justice. In 2018, she was appointed the Greater Hartford Ambassador to the United State of Women, and is currently working across the state of Connecticut for full gender equity.

The Greater New Haven Branch of the NAACP is offering scholarships to graduating seniors from the Greater New Haven area who have demonstrated academic excellence, community service, and leadership. Some of the indicators of academic excellence, community service, and leadership include, but are not to be limited to, the following:

We are pleased to offer the following two (2) opportunities for students:

The enclosed application must be completed in full and returned to us postmarked no later than April 10, 2020. The applications can be mailed to:

If there are additional questions, please feel free to contact the NAACP office at:

The New Haven Campus of Planned Parenthood is hiring for two specific positions that are listed below. For all other listings across CT, please click on the link at the bottom of the page.

Planned Parenthood of Southern New England has an opening for a full time (37.5 hours per week) Recovery Room Registered Nurse in our New Haven Health Center:

The Chief Development Officer (CDO) will be an inspiring leader and donor-centered strategist with a deep commitment to women’s health, reproductive freedom, and social justice to join a leading Planned Parenthood affiliate and help shape the future of sexual health and reproductive rights for all people. The CDO will lead and manage a dynamic 8 person team responsible for all PPSNE fundraising activities in Connecticut and Rhode Island, including major giving, direct mail programs, planned giving, capital campaign, PPVotes! (C4) fundraising, and special events.  The CDO will report directly to the President/Chief Executive Officer, working directly with the CEO to support and grow the CEO’s donor portfolio.  The CDO is a critical member of the Executive Leadership Team of PPSNE:

For all other job offerings across CT, please click here:

Please join the Greater New Haven NAACP in collaboration with the Yale Art Gallery, for an evening of art and social justice.

On Wednesday, February 12th, the 111th Anniversary of the NAACP, 5pm - 7pm. The exhibition Reckoning with "The Incident" by John Wilson.

A reception will follow, this is free and open to the public. 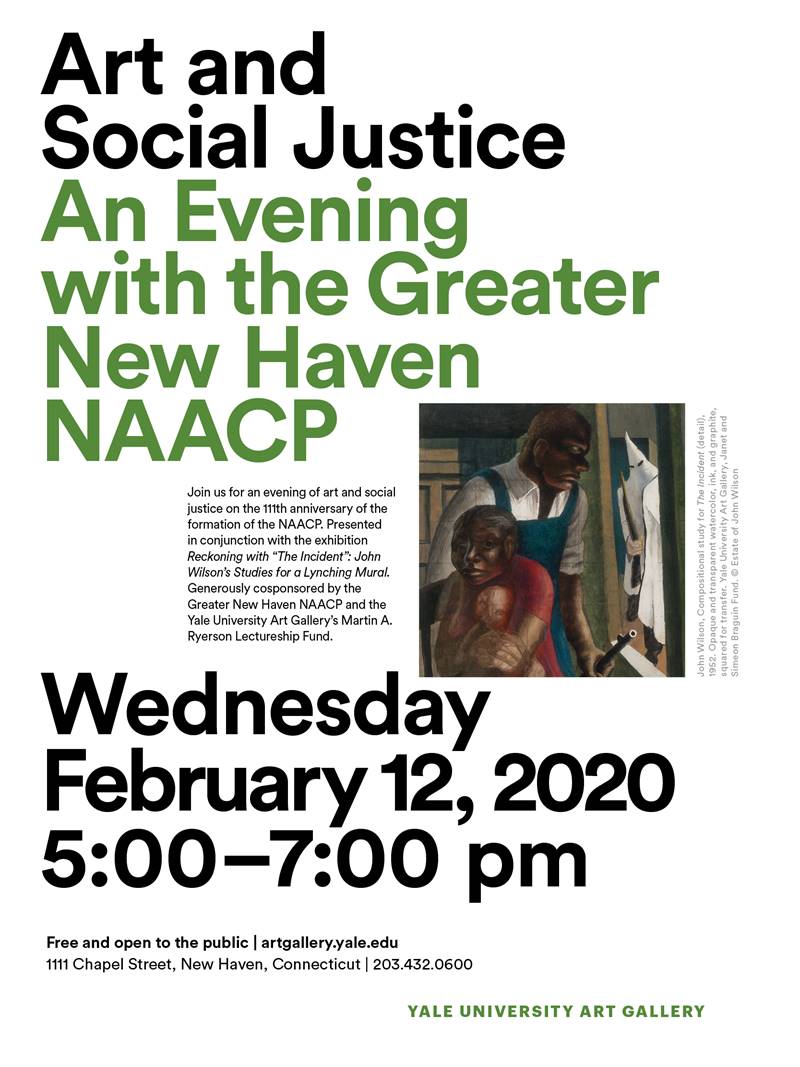